I am a military wife and a homesteader-by-heart. I am trying to find joy in living a simpler life. View all posts by emilyshomestead

Ceylon Cinnamon, Health benefits of cinnamon, true cinnamon, why cinnamon is great for your health, why you should switch to ceylon cinnamon 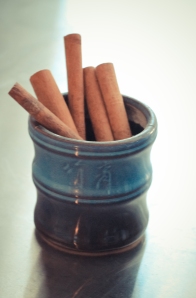 Did you know there’s more than one kind of cinnamon?

I didn’t.  Not until about a week ago, when my mom and I were talking about natural remedies and she mentioned one with cinnamon.  But not just any kind of cinnamon.  No.

(In case you’re like me and don’t know how to pronounce ‘Ceylon’, it’s said like ‘sill-on’.  Thank you Webster Online.  Now go impress your friends.)

The difference between Ceylon Cinnamon (true cinnamon) and Saigon/Chinese Cinnamon (cassia) goes beyond the price.  Yes, Ceylon Cinnamon is pricier but it is well worth it.  Cassia, the less expensive and typical store cinnamon, is high in a chemical compound called coumarin.  Eating too much cassia cinnamon can result in liver damage from the coumarin.  What’s interesting is how much is considered ‘too much’.  A child eating 1/2 tsp. on his oatmeal 3 times a week exceeds what authorities consider safe levels of coumarin.  And according to a 2010 study reported in an article from the American Chemical Society, coumarin can be up to 63x’s higher in cassia than true cinnamon.  Yikes!

This is pretty important to me because I LOVE cinnamon.  I put this spice on everything – including in our smoothies, our yogurt, our desserts, on ice cream, etc.  So, I feel pretty good about paying a little extra money for a whole lot less of a toxic chemical.

As much as I thought I loved cinnamon, I have to say – I think the Ceylon Cinnamon tastes even better!  It’s sweeter and seems to have a more ‘true’ cinnamon flavor.  I’ve been going to town with it and I’m pretty sure I’ll be ordering more sooner than later.  As much as it pains me to waste food, I’ll be dumping my giant Sam’s Club cinnamon out and replacing it with the good stuff.

Some of the associated benefits of cinnamon include:

All of these benefits coupled with a great taste makes cinnamon one of my favorite healing herbs/spices.  If you’d like to read up a little more about it, here are some of the resources I found: